Most of the mainstream media has ignored what has been a long time in the making.  I previously wrote about this on my last blog here:  https://ronaldrichards.com/index.php/2013/blog/the-girls-gone-wild-bankruptcy-another-bad-legal-decision

The Irving Picard of the West

The United States Attorney’s Office, the Florida State Attorney General’s  Office, and Wynn Resorts, LLC were all unable to target and seize Joe Francis’s source of income, the Girls Gone Wild videos and Direct TV contracts.  Wynn Resorts was the catalyst to appointment the Trustee, R. Todd Neilsen, who is no stranger to tough cases.  He has a great legal team with attorneys Matthew Heyn and David Stern.

After Joe Francis plead guilty to misdemeanor tax charges, the plea agreement left open the possibility of civil IRS enforcement.  Immediately, the IRS seized his cash and that matter is still being litigated.  My prediction is he will never see that money because either the creditors, the IRS, or the US Trustee will take it.  Previously, I wrote that this was the beginning of the end when Wynn moved to appoint the Trustee.  Now, the end is really near.  In fact, it will come as soon as May 20, 2013, at 11:00am. 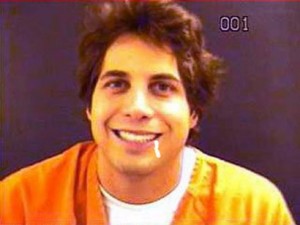 In order to avoid the never ending and relentless efforts by one of America’s fiercest and most respected litigants, Steve Wynn, Joe Francis made a naïve and in hindsight, worst legal blunder of his career.  He entered the bizarre and hard to explain legal world of a United States Bankruptcy Court. The Debtors, GGW BRANDS, LLC, GGW DIRECT, LLC, GGW EVENTS, LLC, and GGW MAGAZINE, LLC, commenced these cases on February 27, 2013 (the “Petition Date”) by filing voluntary petitions for relief under chapter 11 of the Bankruptcy Code. Following a hearing on April 10, 2013, the Court ordered the appointment of a chapter 11 trustee in the Debtors’ cases.  The Trustee was appointed as the chapter 11 trustee on April 11, 2013. An official committee of unsecured creditors has not been appointed.  This is because Wynn and a woman out of St. Louis, who also has a judgment, are the most motivated ones so far.  On April 24, 2013, the Court entered an order jointly administering these cases.   Trust me when I tell you that this is a place you don’t want to go to unless you understand the rules of engagement.  Joe, in a hap hazard move, put his four operating LLC’s in this forum where syncretic legal politics are pervasive and outsiders are not routinely trusted.  The four Debtors in the case are GGW BRANDS, LLC, GGW DIRECT, LLC, GGW EVENTS, LLC, and GGW MAGAZINE, LLC. A fifth entity, GGW MARKETING, LLC , (“GGW MARKETING”) a Delaware LLC that is the subject matter of this Gettysburg type motion.  For those of you that don’t appreciate Civil War battles, the Battle of Gettysburg was the turning point of the American Civil war. 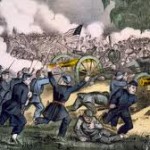 Path Media Holdings, LLC (“Path Media”), a Nevis limited liability company owned by an offshore trust, owns trademarks that are critical to the operation of the current Debtors, including “Girls Gone Wild” and “Guys Gone Wild” (the “Trademarks”). The Trademarks were transferred from GGW Marketing, a subsidiary of the Debtors, to Path Media, for no apparent consideration, in November of 2011.  Path Media contends, through its representative (a Joe Francis crony), that on February 25, 2013 (two days before the Debtors filed for bankruptcy), it terminated the Debtors’ license to use the Trademarks and entered into a short-term license agreement that expires on May 31, 2013 (the “License Agreement”).  (How convenient!)  Joe then shut down GGW Marketing by cancelling its articles of incorporation.  He basically took a legal hit on his own company after they transferred the asset to Path Media, to avoid anyone attacking the transfer.  Normally, a transfer that is fraudulent can be undone if the transferor and transferee are sued.  However, if you murder the transferor, in theory, no one is left to sue to unwind the deal.  Creative, but not in the anything goes if the judge says so world of a bankruptcy court.

This is one of the most unique and brilliant legal strategies I have seen in a long time.  Matthew Heyn deserves an Oscar for this performance. 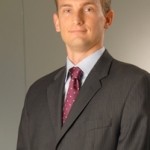 First, they are going to artificially resuscitate a dead company, then bring the company before the same judge as a debtor in a Chapter 11, then sue Joe’s new company Path to cancel the transfer of the licensing agreement to Path from GGW Marketing.  Only in a court like this, can dead people be brought back to life.  How does one do this?  Well, GGW Brands, LLC is the manager of GGW Marketing.  Chris Dale, Joe’s former HR Director, signed the cancellation in December of 2012.  Since GGW Brands is before the bankruptcy court, the Trustee in fact, has the ability to go to the corporate Delaware graveyard and pull a legal Frankenstein and bring GGW Marketing back to life.

GGW Marketing is a Delaware limited liability company that was formed on November 2, 2006.   Delaware is a place where one incorporates when they want to make it hard for creditors and outsiders to get access to their information.  It is a very corporate friendly state.   GGW Brands, LLC (“GGW Brands”) was the manager member of GGW Marketing.  Prior to November 2011, GGW Marketing’s primary (perhaps only) asset was its ownership of the Trademarks. The Trustee’s investigation revealed that, in mid-2011, while several lawsuits against the Debtors and GGW Marketing were pending, Mr. Francis and the Debtors hired Robert Klueger, an expert “asset protection” attorney, to facilitate the transfer of various assets of the Debtors and GGW Marketing, including, inter alia, the Trademarks, which were held by GGW Marketing. According to records from the United States Trademark Office, GGW Marketing and GGW Brands transferred the Trademarks to Path Media on November 15, 2011.   In the litigation between the Debtors and Wynn Las Vegas, LLC, the Debtors designated Mr. Klueger as their 30(b)(6) representative to testify in a deposition relating to issues of the Debtors’ assets and structure.  According to Mr. Klueger:  Mr. Klueger formed Path Media, an offshore entity in Nevis.  Mr. Klueger transferred the GGW copyrights and trademarks to Path Media.  Path Media is owned by the Ridgewood Global Trust.  Ridgewood Global Trust is a trust under the laws of the Cook Islands with Asiatrust Limited as its trustee and Joseph Francis as its settlor and one of its beneficiaries. 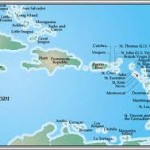 The Cook Islands are in the South Pacific and Nevis is an island in the Caribbean Sea that forms part of the inner arc of the Leeward Islands chain of the West Indies.

Does one really think it is a coincidence that Joe had a trust created 7089.85 miles away from the company it owns?  It would require a double piercing of records in two different countries know for asset protection schemes.  Asiatrust Limited is a company in the Cook Islands, that acts as the Trustee for the Ridgewood Trust.  Joe doesn’t own the Trustee but is a beneficiary of the Ridgewood Trust.  In a filed declaration by Asiatrust in a different case, Angela Pope, an employee of the Asiatrust, signed a declaration indicating that there are other beneficiaries who own no less than 50% of the Ridgewood Trust.  Ms. Pope fails to reference who they are.  The irony of it all is that this is done to give the illusion that the Trust is legitimate, like a Trust for someone’s kids.  Yet, if Ms. Pope fails to disclose who the beneficiaries are.  It is obvious that they are Joe Francis controlled entities or persons.  It doesn’t take a rocket scientist to figure this one out. 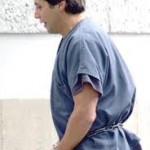 According to records from the United States Trademark Office, GGW Marketing and GGW Brands transferred the Trademarks to Path Media on November 15, 2011.   The Debtors’ records do not reflect that they received any consideration in exchange for the transfer of the Trademarks. It is also worth noting that Joseph Francis appears to control or, at the very least, significantly influence the actions of both Path Media and Asiatrust Limited. For example: Argyle Online, LLC is Path Media’s “U.S. Representative.” It has the power to enter into agreements on behalf of Path Media.   Ronald Tym, Mr. Francis’s personal attorney, was formerly the manager of Argyle Online, LLC.  The address listed for Argyle Online, LLC on the California Secretary of State’s website is the same as Mr. Tym’s personal address.  After the Trustee obtained a temporary restraining order prohibiting Joseph Francis from interfering with the Debtors or their operations, Asiatrust Limited appointed Mr. Francis’ girlfriend as manager of Perfect Science Labs and Argyle Online. 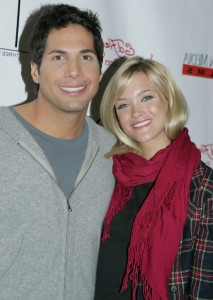 She subsequently fired and/or locked out several of the Debtors’ employees.  Her name is Abbey Wilson.  An important rule in defending your assets is don’t appoint civilians to cover for you.  It would be a complete mop up if and when Ms. Wilson is deposed as to the reasons for the appointment and the operations of the LLC’s, both of which she will know nothing about.  Dragging your girlfriend into your own legal morass is a horrible idea.

Asiatrust Limited has responded to requests for information by directing inquiries to Ron Tym.  In 2012 and early 2013, apparently in furtherance of their asset protection scheme, Mr. Klueger, Mr. Francis, and others caused GGW Marketing to be cancelled by filing certificates of cancellation with the Delaware Secretary of State (filed on May 4, 2012) and the California Secretary of State (filed on January 16, 2013).   The same day the company was revived it was killed.   Why would anyone want to revive a company only to cancel it?  The simple reason is that Joe, like Michael Corleone, is trying to cut his ties to GGW Marketing. 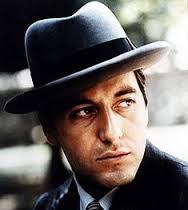 Path Media now claims ownership of the Trademarks by virtue in the above described transactions. Path Media and GGW Direct (a Debtor in these jointly administered cases) apparently entered into the License Agreement on February 25, 2013 – just two days before the Debtors filed these bankruptcy cases. The License Agreement grants GGW Direct a license to use the Trademarks until May 31, 2013, at which point the agreement will terminate unless Path Media and GGW Direct agree to renew the agreement on a month-to-month basis for a to-be determined fee. Through Argyle Online, Path Media has threatened to exercise its alleged rights with respect to the Trademarks against the Debtors if the Debtors continue to use the Trademarks after May 31, 2013.  Ironically, Joe’s girlfriend is now the point person for terminating the license.  The federal judge is going to love this legal charade.

The Trustee is going to utilize his powers as Trustee to control GGW Brands, which is the manager and member of GGW Marketing.  The Trustee intends to (i) Revoke the cancellation of GGW Marketing; and (ii) Cause GGW Marketing to file a voluntary chapter 11 bankruptcy petition.  This will allow GGW Marketing, formerly Joe’s company, to sue Joe with his girlfriend managing the litigation for the defendant through their US representative, Argyle Online.   I can only wait to see the opposition filed by Joe’s latest attorney.  My prediction, this will be like the Robert Penn Warren novel, All the Kings Men.  Joe will be humpty dumpty. 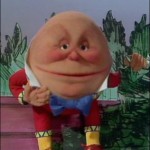 If for any reason Joe pulls another Houdini on this pending motion, I will be the first to recognize the victory.  However, the present legal defense strategy looks more like someone with legal peritonitis.  As an aside, Houdini’s death was caused by a ruptured appendix.