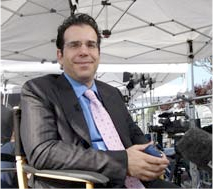 On August 8, 2017, Ronald Richards made American history by becoming the first attorney to enjoin a federal marijuana prosecution in the United States.  A federal judge issued an injunction against the Department of Justice in USA vs. Pisarski.  A copy of the opinion is available here: Pisarski Stay Order Previously, five different federal judges has rejected stay requests by defendants.  This was the first time since Marijuana was made illegal in 1937 has a federal judge halted a criminal marijuana prosecution. A copy of the transcript of the historic July 28, 2017 hearing is available here.  You can read the skill set of the two advocates in the hearing here: July 28, 2017 Pisarski Hearing Transcript On October 2, 2018, Ronald Richards argued before the California Supreme Court in Dr. Leevil vs. Westlake Health Care Center.  This was will be the first of two California Supreme Court cases for 2018.  Getting to argue once in a professional lifetime is a gift but twice in the same year is frankly, unheard of.  You can watch Mr. Richards in the video below. On February 5, 2019, Ronald Richards again argued before California Supreme Court in Black Sky Capital, LLC vs. Michael Cobb, Kathleen Cobb. You can watch the video below. On May 6, 2019, the California Supreme Court affirmed the Court of Appeal’s decision in Black Sky Capital, LLC vs. Michael Cobb et. al.  The decision marked a milestone for the firm and Mr. Richards.  Not only was this Mr. Richards second trip to the Supreme Court in 2019 but the affirmation solidified a $2,000,000 win for the firm’s client.  The decision is a landmark decision which will positively effect borrowers and lenders across the state by the thousands.  It will open up credit markets and the decision was extensively covered locally. A copy of the opinion can by found here: Winning Black Sky Opinion Here is the oral argument in United States vs. Pisarski from December 3, 2019.  In this case, we are defending the nations only injunction against the federal government from prosecuting a marijuana patient/cultivator. Mr. Richards is licensed to practice law in multiple jurisdictions in the Untied States and travels nationally for his practice. On July 10, 2020, the United States Court of Appeals for the 9th Circuit affirmed the injunction against the Department of Justice capping off one of the firm’s greatest legal accomplishments and vindicating the rights of California cultivators to grow cannabis free from federal prosecution.    The firm has been defending Mr. Pisarski since 2012.  To state the obvious, Mr. Richards sticks with his clients to the end.  A copy of the opinion can be found here:

USA vs. Anthony Pisarski Opinion Download
On May 5, 2021, the Law Offices of Ronald Richards & Associates, APC obtained a judgment against Mohamed Hadid for $26,387,498.80 for breach of a guaranty in a commercial case.  The judgment is close to $30,000,000 as of August 30, 2022 with interest and fees.
On June 10, 2021, the Law Offices of Ronald Richards & Associates, APC was appointed as Special Litigation Counsel to the Chapter 7 Trustee in the Girardi Keese bankruptcy in the Central District of California to pursue TV personality Erika Jayne aka Erika Girardi and her related entities on behalf of the Estate.
A copy of the appointment order is attached here:
Appointment Order Short Form
On October 7, 2021, a trustee’s deed upon sale was recorded for the foreclosing lender, the firm successfully liquidated a large hotel site in Buena Park, California for the lender creditor.  The debt was over $30,000,000.  The firm took the asset within 10 1/2 months of purchase of the note which included a Debtor’s bankruptcy.  This was an extremely fast timetable.   The case is In Re Source Hotel.
On March 24, 2022, the firm represented a lender entity in an auction for 65.63 acres of vacant land in the Beverly Hills Post Office are formerly owned by an entity controlled by Mohamed Hadid, father of Bella and Gigi Hadid.  The firm had been pursuing enforcement of a Note against two bankrupt entities of Hadid’s.  A dual purpose of the litigation besides enforcement of the debt was also to make sure that if the lender gained control of the asset or made sure it was not in the hands of an entity that wanted to develop it, the property would remain green space for hikers and the public to enjoy for eternity.  The hiking trail is known as the Hastian Trail.   The auction was covered in local media.  A copy of an article is here.  Auction On Hadid’s Franklin Canyon Land Produces A Winner Bidder.
On April 1, 2022, the bankruptcy court ordered the Franklin Canyon property out of the Estate to a third-party buyer.   A copy of the final order approving the sale is here.  April 1, 2022, Order- Authorizing The Sale Of Property Free And Clear Of Interests
On June 8, 2022, the firm made new law in reversing a bankruptcy court order denying single asset real estate status in In Re Source Hotel.  This completed the liquidation of the asset for the creditor client who purchased the Note from the prior lender.  A copy of the opinion is here:  SARE Reversal Opinion.
Law Offices of Ronald Richards & Associates, A Professional Corporation.