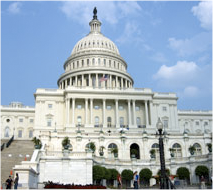 Richards is a pioneer in Proposition 215 Medical Marijuana cases as well as an expert in the prosecution and defense of drug cases that involve rape. In 2000, Richards has become a leading authority on the defense of MDMA (aka Ecstasy) sales cases. During the two years, Richards had more MDMA cases in volume and gross weight than any lawyer in the United states. After the MDMA cases subsided, Richards has taken numerous pseudoephedrine cases. Richards has a published article in Los Angeles Lawyer for other lawyers relating to the strategies of prosecution and defense in Proposition 215 cases. Richards has been certified as an expert to testify about marijuana crop yields and sales in a Los Angeles County Superior Court, and has lectured at UCLA, his alma matter, on drugs and sex crimes. Currently, Richards has a portfolio of nationwide pseudoephedrine cases, gang related offenses, as well as white collar matters. Currently, Richards is filing numerous appeals to have drug offenders re-sentenced and is filing an important brief in the area of GBL. Mr. Richards, in 2005, had a life sentence vacated in the 9th Circuit Court of Appeal and is pursuing numerous techniques in Federal and State criminal law that are producing outstanding results for his clients. In 2006, Ronald Richards continued obtaining numerous wins in the appellate court on suppression, narcotics, and other complex leading issues. In 2007 and 2008, he is a leader is his field in cultivation defense, financial crimes, and other federal offenses. He has numerous active forfeiture cases and three published 9th Circuit opinions.   From 2011 to the present, Ronald Richards continues to represent select defendants in complex narcotics cases and white collar fraud cases.    The firm carefully selects the clients it chooses to represent and rejects more cases than it accepts.  Richards is still a leading pioneer in medical marijuana defense in federal and state court. In 2016, Richards has been defending a large federal anti-kickback case as well as implementing mass dismissals in state marijuana prosecutions.  In 2017, he is currently applying new federal law to halt medical marijuana prosecutions in federal court in California.  A copy of a recent article chronicling this pioneering defense is attached to this link: