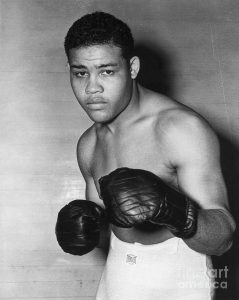 As boxer Joe Louis once said, “he can run, but he can’t hide.”

Although Louis was referring to his upcoming opponent Billy Conn, the same can said of a personal guarantor of a debt of a bankrupt corporation. A corporate bankruptcy may slow down a creditor’s action against the non-debtor guarantor, but it usually won’t stop it. Indeed, it is usually prudent for the creditor to sue and otherwise aggressively pursue the guarantor as part of an overall holistic approach -particularly where the guarantor is the majority shareholder of the corporate debtor. Pressure against the guarantor often facilities the creditor’s successful resolution of its claims against both the debtor and guarantor. In fact, a lender that refrains from suing a non-debtor guarantor may be making a tactical mistake.

A defendant non-debtor guarantor has several tools of delay at its disposal. For instance, a guarantor can remove the creditor’s lawsuit to the bankruptcy court administering the debtor borrower’s Chapter 11 or 7 proceeding, on the basis that the suit against the guarantor is “related to” the bankruptcy case. 28 U.S.C. Section 1452. Removal is proper if “the outcome of the proceeding could conceivably have any effect on the estate being administered in bankruptcy.” Stichting Pensioenfonds ABP v. Countrywide Financial Corp., 447 B.R. 302 (C.D. Cal. 2010) (quoting In re Fietz, 852 F.2d 455 (9th Cir. 1988)) (defendants’ right to indemnification and costs of defense impact the bankruptcy estate).

However, the delay arising from removal may be short-lived. Under 28 U.S.C. Section 1452(b), a plaintiff can obtain remand of the action back to the non-bankruptcy forum, usually the state court, “on any equitable ground.” Bankruptcy courts often order discretionary remand under the factors set forth in Citigroup, Inc. v. Pac. Inv.

stage, or if the plaintiff is entitled to a jury trial (as the bankruptcy court cannot conduct a jury trial without the plaintiff’s consent), or if other parties are prejudiced by the removal, among other grounds.

Alternatively, the bankruptcy court may exercise its discretion to abstain from considering the removed action, thereby allowing it to proceed in the non-bankruptcy forum. 28 U.S.C. Section 1334(c)(1). The factors for permissive abstention are similar to the remand factors. In re Tucson Estates, Inc., 912 F.2d 1162 (9th Cir. 1990).

Likewise, a non-debtor guarantor is unlikely to obtain an injunction or stay against creditor actions pursuant to the debtor’s reorganization plan, even if the debtor promises to repay the creditor in full under the plan. For several decades, 9th Circuit courts have steadfastly held that a Chapter 11 plan cannot enjoin, discharge or otherwise alter or affect the obligation of a non-debtor to a third party. The 9th U.S. Circuit Court of Appeals reasons that impacting a creditor’s rights against a non-debtor violates Section 524(e) of the Bankruptcy Code, which provides that the “discharge of a debt of the debtor does not affect the liability of any other entity on, or the property of any other entity for, such debt.” See In re Lowenschuss, 67 F.3d 1394, 1401 (9th Cir.

Even though a borrower’s bankruptcy typically does not shield the non-debtor guarantor, it is not uncommon for a creditor – especially an institutional entity such as a bank – to refrain from suing the guarantor. The creditor often assumes that the guarantor lacks financial resources and there is thus no point in “spending good money chasing bad.” However, a creditor who takes aggressive action against both the debtor and against the non-debtor guarantor will often obtain the most favorable overall result, in the quickest timeframe.

As a further alternative, even if the debtor is a limited liability company and the creditor is merely entitled to the economic benefits of the stock pursuant to a charging order, post-judgment collections against the guarantor may nonetheless significantly benefit the creditor in the bankruptcy case. For instance, in the case of In re Star News Building, LP, 2:11-bk-28697-BB (Bankr. C.D. Cal.), the Chapter 11 trustee fully satisfied the first-priority secured creditor’s eight-figure secured claim by selling the creditor’s collateral, the Star News Building in Pasadena. The trustee initially declined to propose a sale because the secured claims encumbering the building exceeded the property’s value. However, the secured creditor subsequently collected several million dollars from its guarantor pursuant to post-judgment collection actions. The secured creditor’s collection from the guarantor reduced its secured claim in the bankruptcy case, thereby enabling a sale of its collateral and a full payout to all creditors of the debtor, including the secured creditor.

In sum, it is difficult for a non-debtor guarantor to use the borrower’s bankruptcy as a shield. Indeed, a prudent creditor will pursue the guarantor in order to achieve the optimal overall result against the borrower and guarantor.