When these arrests happen, the news media typically does not have all the legal nuances.  A copy of the latest arrest is here.    TMZ has him on video running from jail.  Just click on the link below.  It will go to TMZ so you can watch for yourself.  What is he running from?

Here is the link:  Francis Running from Jail 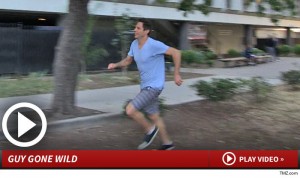 Francis on the move 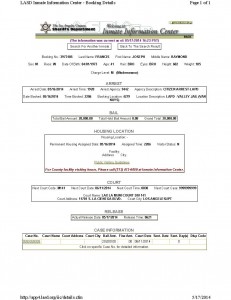 Therefore, the purpose of this short blog is to update my readers and users of this site with some more professional and detailed analysis.

Presently, he is on bail pending appeal on the first case. In the appeal, things are not going very well according to the docket.

This means that he defaulted, the Court denied his request for an extension, and he has a pending motion to vacate the default. If that is denied, his sentence will be imposed.

Furthermore, he has an arraignment on the new arrest, if he is charged, on June 11, 2014.  Now, separately, here is the fun part.  Matthew Heyn, the Trustee’s attorney, will most likely be filing an OSC re: contempt for violating the preliminary injunction issued against him.   Here is a copy of the order.

Here are the highlights:

Threatening or harassing employees of GGW or Argyle Online, LLC.

In addition, the City Attorney’s office will be reviewing the arrest to see if they will file a probation violation.   This could complicate things dramatically for Francis.  As you saw with Lindsay Lohan, one cannot repeatedly violate probation and stay out of jail.  Chris Brown, the same thing.

In the next week, Francis will most likely learn if the Trustee files and OSC for contempt, the appellate court allows him relief from default on his opening brief, and the City Attorney’s Office decides to bring a probation violation against him.  There is never a dull moment chronicling the former owner of Girls Gone Wild’s legal affairs.