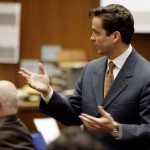 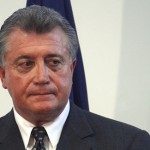 First, it is disturbing that this is the same City Attorney who promised he would serve out his term before running for higher office whose character is now being questioned in another ethical scandal.  Attorneys have a duty of candor with the Court, but one who runs for office needs to be straight with the voters, mostly non- lawyers, and not engage in conduct that is clearly designed to make them something they are not.

Los Angeles County also includes two offshore islands; San Clemente Island and Santa Catalina Island. The county is home to 88 incorporated cities and many unincorporated areas. At 4,083 square miles, it is larger than the combined areas of the states of Rhode Island and Delaware. The county is home to over a quarter of all California residents. One of the most diverse counties in the country, Los Angeles, is home to the nation’s largest urban Native American population

Enough of the geographic facts, it is obvious that the District Attorney for the County of Los Angeles has a completely different role, both in the scope of prosecutorial discretion, budget, staff, and geographic territory.

The district attorney does the following:

He attends grand jury sessions and advises the jurors on cases presented for their consideration. (Govt. Code § 26501; Penal Code § 935.)

Beverly Hills and West Hollywood do not have City Charters.  They are general law cities.   However, Los Angeles does.  A city by charter may create the office of “city prosecutor,” or provide that a deputy city attorney shall act as such, for prosecution of all misdemeanors within the city. (Govt. Code § 72193; see also Govt. Code § 41803.5, subd. (a) [city attorney, with consent of district attorney, may prosecute “any misdemeanor committed within the city arising out of violation of state law”].)

a) With the consent of the district attorney of the county, the city attorney of any general law city or chartered city within the county may prosecute any misdemeanor committed within the city arising out of violation of state law. This section shall not be deemed to affect any of the provisions of Section 72193.
The District Attorney for the County of Los Angeles prosecutes all misdemeanor violations of State law in Beverly Hills and West Hollywood, and other general law cites.  Carmen Trutanich does not share concurrent jurisdiction.   The title of Chief Prosecutor is without any office sanction by the County of Los Angeles and Steve Cooley.  It is highly problematic.  Furthermore, it is an unfair business practice to other attorneys.  Finally, a district attorney is precluded from engaging in private practice in Los Angeles County.  A city attorney cannot claim they are a chief prosecutor.  There is no such thing.

If the words chief prosecutor had to be used to describe a particular person, that person could only be Steve Cooley, not Carmen Trutanich.

Obviously, the tactic of falsely labeling yourself in an election does not warrant disbarment or disciplinary proceedings, but it does create an ethical issue.  If anything, the District Attorney should error on the said of clarity, straightforwardness, and truthfulness.  Calling yourself a title that no one uses is clearly misleading to the average non-lawyer and would not pass muster in a courtroom in front of a jury.  It should not be tolerated or ignored in an election for the County’s highest and largest prosecutorial post.  We as attorneys can see right through Mr. Trutanich’s false embracing of titles that are non-existent, but the average voter unfortunately would not.

I am surprised at the apathy of the other candidates running in this election and I am glad that someone has brought this to the public’s attention.